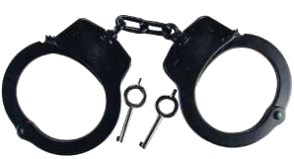 Crimes in in general are covered by Title XLVI of the Florida Statutes. Whether you are facing Repeat Offender Court, or it is your first time, as a person suspected of a crime you are entitled to the full defense. This means that every aspect of your case should be looked at for potential errors, police, and prosecutorial misconduct.

All of these factors are important to the outcome of your case. A felony conviction in Florida means that you are ineligible to hold a firearm and ineligible to vote.

A first degree felony runs 20 years to life in prison and $10,000 in fines. A second degree felony? 15 years and a $10,000 fine. Third degree felonies max out at 5 years in prison and $5,000 in fines. A first degree misdemeanor's maximum penalty is 1 year and a $1,000. A second degree misdemeanor can bring 60 days confinement and $500 fine. In addition to fines, a convicted person can be held accountable for paying restitution.

E.B. was arrested after surveillance footage showed that he was at a liquor store near where a carjacking / kidnapping occurred. E.B. looked so much like the witness sketch, that he was immediately arrested. After retracing the steps and locating security footage from another gas station earlier, the state still fought to keep E.B. in jail despite the evidence. After a bond hearing, E.B. walked out of jail a free man.