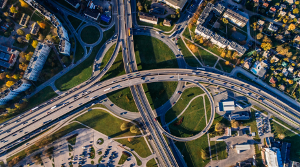 Florida Traffic Laws are regulated by Title XXIII, Florida Statutes. There are two types of traffic citations issued in Duval County, Florida. Criminal tickets, also known as notices to appear, are misdemeanor offenses. These would include such crimes as reckless driving, and these notices to appear must be honored by an appearance in court. If you are out of town, or out of the country, you can hire an attorney to appear for you in most circumstances.

Civil Citations are another matter, and they are not misdemeanors. However, if a ticket is ignored, it can cause a warrant for arrest to be issued. This is because the circumstance changes to one where you are in violation of a court order. (Courts don't like to be ignored, therefore misdemeanor.) Civil Citations can be handled in one of three ways: 1) you can hire an attorney to appear for you in court, 2) you can elect to take traffic school, or 3) you can simply pay the ticket by mail to the Duval Clerk of Courts.

If you elect to hire an attorney, your court fines may be reduced as well as points withheld from your drivers license. If you get too many points (18 points within 18 months or 24 points within 36 months) this can result in a drivers license suspension. Leaving the scene of a crash resulting in property more than $50.00 can result in 6 points. Unlawful speed resulting in a crash can also be 6 points. Most other moving violations are either 3 or 4 points. In addition to license suspension, points can also increase your insurance.